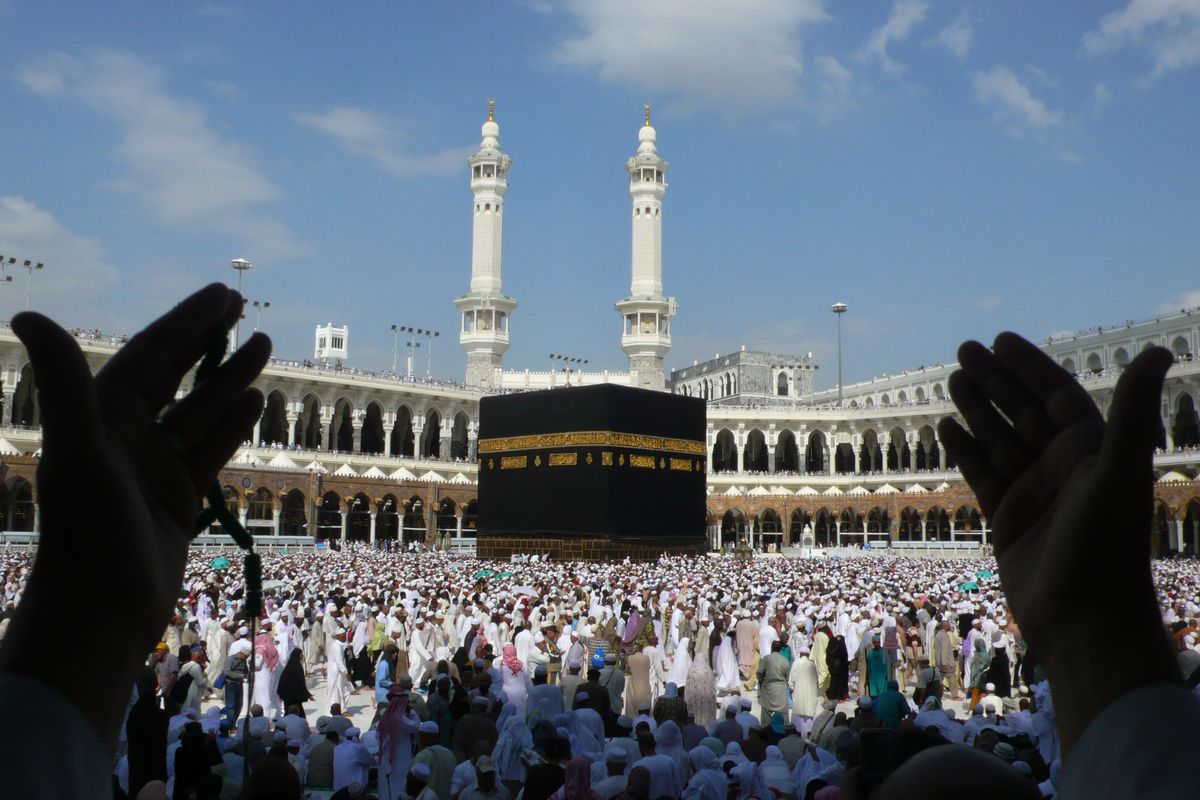 The fifth pillar of Islam is to make a pilgrimage (Hajj) to Mecca, in Saudi Arabia, at least once in one’s lifetime. This pillar is obligatory for every Muslim, male or female, provided that he/she is physically and financially able to do so.

Prerequisites for performing the Hajj are to be a Muslim, to be free, to be an adult or mature enough, to be of sound mind, and to have the ability to afford the journey and maintain one’s dependents back home for the duration. The reward for the Hajj is nothing less than Paradise.

The Hajj is the ultimate form of worship, as it involves the spirit of all the other rituals and demands of the believer great sacrifice. On this unique occasion, nearly two million Muslims from all over the globe meet one another in a given year. Regardless of the season, pilgrims wear special clothes (Ihram) – two, very simple, unsown white garments – which strips away all distinctions of wealth, status, class and culture; all stand together and equal before Allah (SWT).

The rites of Hajj, which go back to the time of Prophet Abraham (PBUH) who built the Ka’bah, are observed over five or six days, beginning on the eighth day of the last month of the year, named Dhul-Hijjah (pilgrimage). These rites include going around the Ka’bah (Tawaf), and going between the mountains of Safa and Marwah, as Hajara (Abraham’s wife, PBUH) did during her search for water for her son Isma’il (PBUH). Then the pilgrims stand together on the wide plain of Arafat and join in prayers for God’s (SWT) forgiveness, in what is often thought of as a preview of the Last Judgment. The pilgrims also cast stones at a stone pillar which represents Satan. The pilgrimage ends with a festival, called Eid Al-Adha, which is celebrated with prayers, the sacrifice of an animal, and the exchange of greetings and gifts in Muslim communities everywhere.

To view Packages please click on Hajj Tab then select the package.